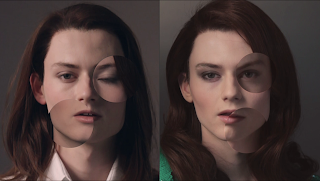 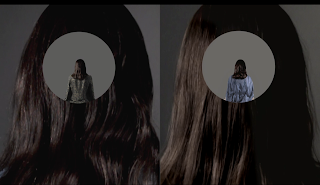 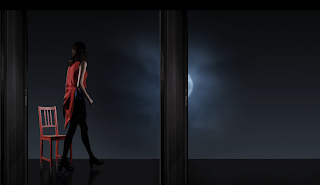 The short motion picture Dear Mr/Mrs, directed by Freudenthal/Verhagen, highlights the collections of this year’s Fashion Design graduates from the ArtEZ Fashion Masters. Once again, after doing last year’s exhibition in Paris, the successful Dutch duo has managed to present the work of the ArtEZ Fashion Masters graduates in a creative way. The main character of Dear Mr/Mrs is in search of his/her true identity. This quest serves as a metaphor for today’s fashion, in which increasingly the boundaries between masculine and feminine have begun to fade. The collections were designed by the graduates of Generation 12: Jonathan Christopher Hofwegen, Zhengzheng Li, Yona van Mansfeld, Nick Rosenboom and Hanna Siwecki.
Carmen Freudenthal (photographer) and Elle Verhagen (stylist) have operated as a creative team since 1989. Their work – whether autonomous or in collaboration with fashion designers, performers and other artists – is always marked by a humoristic approach to daily life and a signature style that both uses and abuses contemporary imagery and (photo)graphic techniques. Freudenthal and Verhagen have worked as in-house designers for Bernhard Willhelm and their work has been published in I-D magazine, Dazed & Confused, Jalouse and Flash Art International. Because of the layered character of their remarkable output, as vividly reflected in their film Painted Series (2008), one may look at their images for minutes and still discover new elements in them.


Dear Mr/Mrs celebrates the blurring boundaries between male and female in current fashion. As teaser for the students’ graduation collections, this intriguing, slightly surreal short fashion film stirs the viewer’s imagination indeed.  The film examines the brain of a model, whereby the face constantly shifts from female to male and back again, a dynamic subtly reinforced by the uncanny musical score, specially written for this production. Interspersed cuts of a nipple and a screaming mouth add a surreal touch but also have an eroticizing effect. As Carmen Freudenthal explains, “The film is about a quest. Although the protagonist seems to have found his/her identity, Dear Mr/Mrs portrays an inner life whose complexity is bound to persist.” Besides being controversial, the style is also rather eclectic. For instance, at one point in the video the model starts planking on a chair.

The film’s animations, according to Verhagen, open the door to a world that does not exist and towards the story’s end they actually seem to have breathed life into the clothes presented. The graduating students’ collections are largely shot in close-up and from behind, which in combination with the misty landscape imagery triggers an eerie sense of mystery. If anything, Dear Mr/Mrs reveals this creative duo’s signature again, while also providing an exciting sneak-peak of this year’s ArtEZ Fashion Masters graduation collections.

/////
Dear Mr/Mrs premiered during the Arnhem Mode Biennale 2011 and will be showed the 8th of July July 5-7pm at the first floor of Magazijn - oudezijds voorburgwal 153.  Come see this beautiful fashion film, a piece of art.