winterSALON/2014: February 6, 19.00- 19:30, Museum 'Ons lieve Heer op Solder (by invitation only) A performance by Siba Sahabi, Sara Toscano and musician Jamil Al Asadi
‘Qaina’: a work in progress by Siba Sahabi will also be introduced this evening with a lecture.

About: Siba Sahabi (Gerrit Rietveld Academy Amsterdam) is a poetic designer. Drawing from her German/Iranian roots, Siba’s work aims to show how one culture can influence another, leading to renewal and cultural richness. Her designs are inspired by the European and Middle Eastern history of ceramics. A passion for crafts and imperfection drives the process of Siba’s work. Siba’s studio is based in Amsterdam, the Netherlands. Siba has previously won the 'Comeseedo' competition in Berlin and the 'Most Remarkable Repair Contest' initiated by Platform 21 in Amsterdam. Her work has been published in books such as Hands on! Dutch design in the 21st century/d’Jonge Hond, Papercraft/Gestalten and The New Artisans/Thames & Hudson. Siba's work has been exhibited locally and internationally in galleries such as Direktorenhaus in Berlin, OCT Art & Design Gallery in Shenzhen and Saatchi Gallery in London. (Siba's work was on show at SALON/BJ)

About: Sara Toscano
Originally from Portugal, Sara Toscano is an Oriental Dancer whose style is rooted in the traditions of the middle eastern dances. At the age of 20 she witnessed the explosion of belly dance in her country, an art that immediately casted a spell on her. Seeking for inspiration, she traveled and worked in Greece and in the Netherlands. In 2007 she met Mahdy Emara becoming part of the acclaimed Baladi dance group, with which she performed extensively for 4 years.In 2010 she became a certified dance teacher after concluding the World Dance Teacher's Training Course at the Rotterdam Foundation for Arts Education in the Netherlands. From traditional Arabic parties to glamorous corporate events, Sara has entertained audiences in festivals, theatre performances and restaurants with all sorts of cuisine.
Back in Portugal, she collaborates with several groups, juxtaposing styles, and incorporating ideas from other artistic fields, aiming at producing quality dance performances. Sara dances with joy, feeling and authenticity. She loves to interpret the music and engage her audience. Member of the International Dance Council of CID-UNESCO (via dancingstories.carbonmade.com)
No comments:

Golden Joinery for winterSALON/2014 an event by Painted (Margreet Sweerts & Saskia van Drimmelen) was held at the Posthoornkerk (2-2-2014)
Painted believes in the pleasure and strength of designing in collaboration and wishes to revive almost forgotten crafts, a tribute to delicate beauty.
Different handwritings unite in a personal way of developing clothes, giving each piece its own life being designed in close dialogue with the person who will wear it.
Painted Series consists of pieces made either as couture in
‘pieces uniques’ or in small series where each garment still has its own features: Painted-à-Porter.
The garments are part of an ever-growing series, like a band’s repertoire.
Unrestricted by time, place or seasons, Painted presents in its own rhythm and by invitation. A story in garments 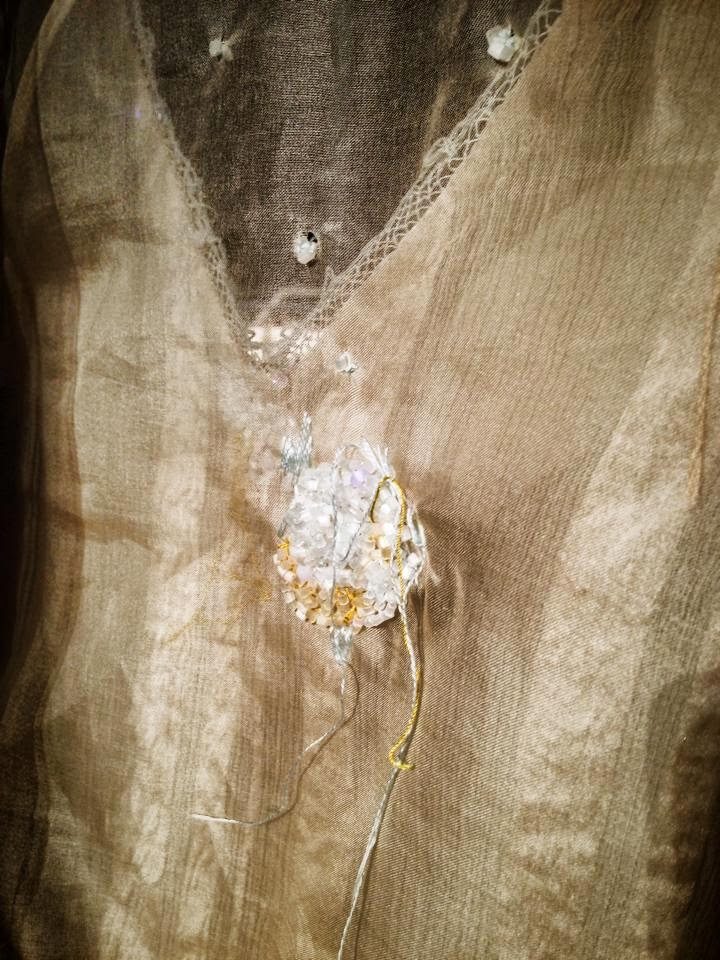 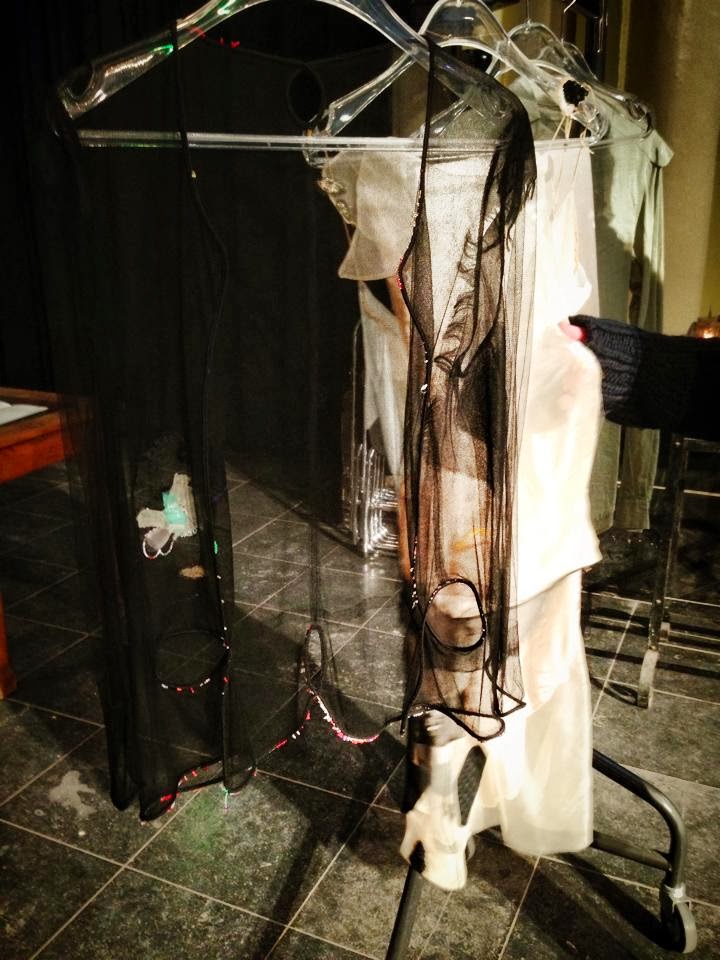 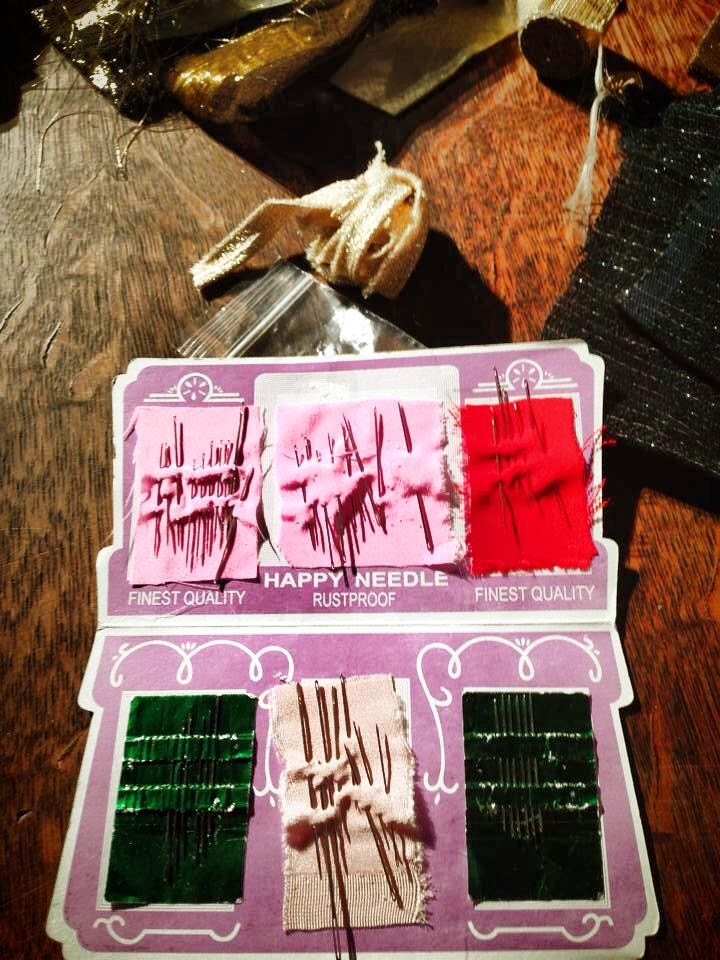 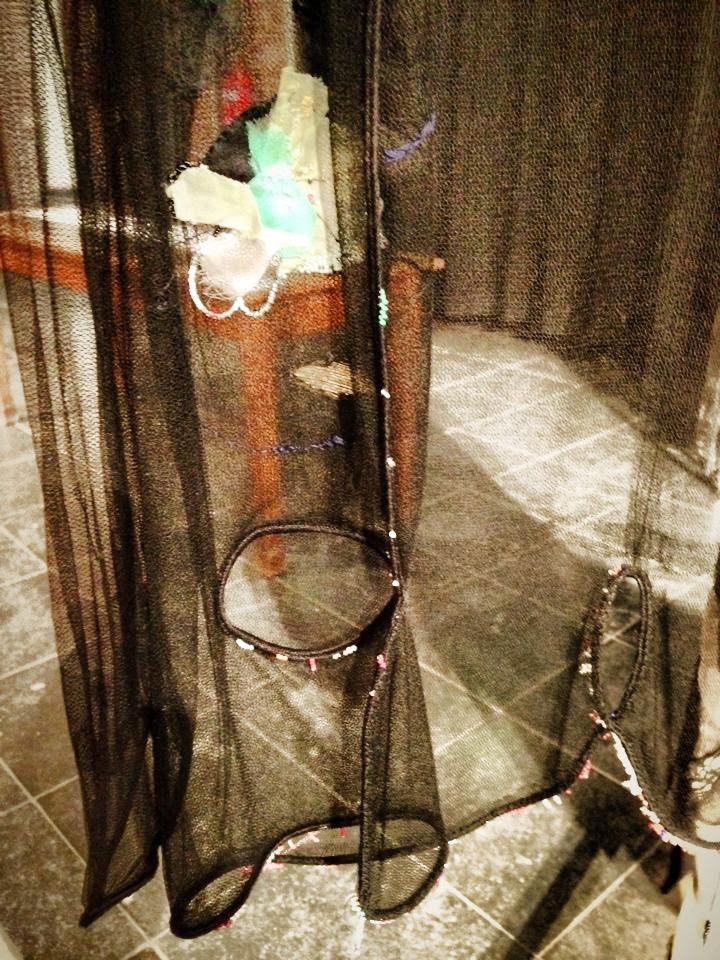 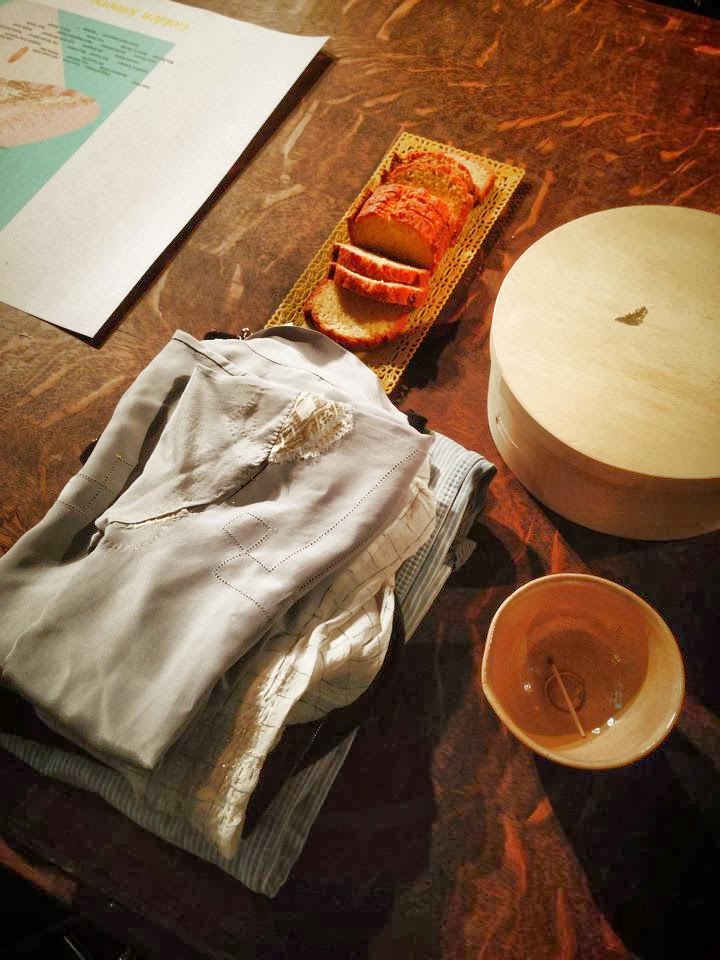 About: Painted is a collective led by Saskia van Drimmelen and Margreet Sweerts. We work together with masters in nearly forgotten crafts like needlepoint lace from Bulgaria and beadwork of the Assiniboine tribe from Northern America. By sharing knowledge and the joy of making, traditional techniques breathe new life.
(photocredits: salon/)
No comments: