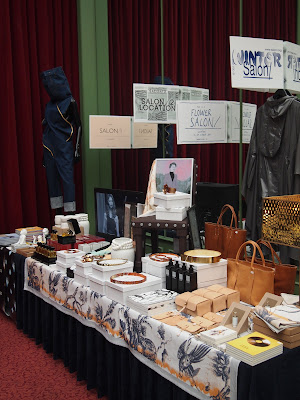 During AIJA2011, Amsterdam, an international congress for young lawyers, SALON/ presented herself to an intellectual, scientific and worldly audience. In Hotel Krasnapolskys chic conservatory - The Wintergarden - with its palm trees and cupola made from glass and steel, a corner was dedicated to Dutch Design novelties and curiosities to give the AIJA participators an idea what Salon/ and Dutch fashion & design culture holds.
On display: jewelry of Mattijs van Bergen,  a book of Amie Dicke, a denim suit of Antoine Peters, illustrations of Kate van Harreveld, parfum of Mona di Orio, skarfs of Martine van 't Hul and many more. 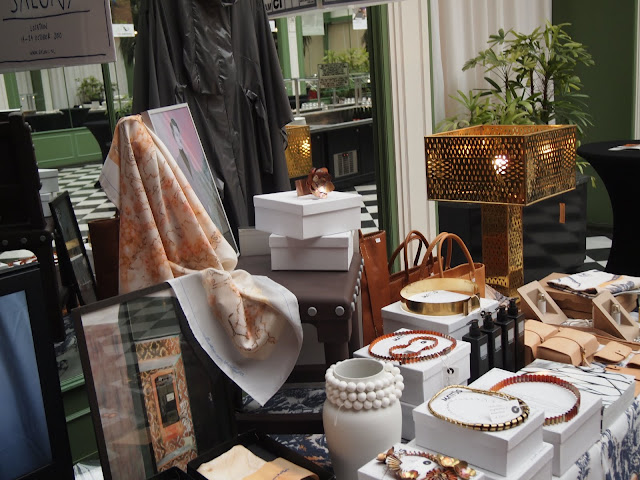