There it is. A quick coming of age. One month ago the idea came. One week ago the actual building started. And after a two-day-ride from the Netherlands to Istanbul it erected on the quay of Karaköy Harbor. "We wanted to symbolize the 400 years of cultural relations between Turkey and the Netherlands."

The idea of this trading office began to form when Bruggeman was working on his flower pieces for the quay of Karaköy Harbor. There, next to the Clipper Stad Amsterdam, the symbol of 400 years of cultural and diplomatic relations between the two European countries stands strong. Bruggeman joined forces with Eric Roelen to work on the concept of a trading office, which is more or less a humble shop that has no goods on display but is only shifting papers that accompany the flow of goods. Roelen designed the Evergreen trading office.

Elements of a trading office were combined with tulip bulbs and other plant materials that symbolize the large Dutch flower and plant export. This installation can be perceived as a kind of revenge: bulbs and plants that existed only on paper have suddenly come alive to reclaim their central position in the trading office. Inside the trading office, which is a small wooden house, the size of a garden house, there is a variation of nature locally found by Bruggeman, for example the dead branch of an conifer in it. This piece of work has more symbols. The tulip, the most Dutch symbol, is actually a Turkish flower. Therefor Bruggeman used one tile with a blue tulip. A typical Turkish decoration.

The trading office is called 'Evergreen'. Bruggeman explains: "There is a huge Dutch trading company called Evergreen, they use big containers which you see everywhere. Besides that Evergreen is also a kind of fir, I am, in my work, keen on using dead pieces of green. They are, of course, not ever green at all." 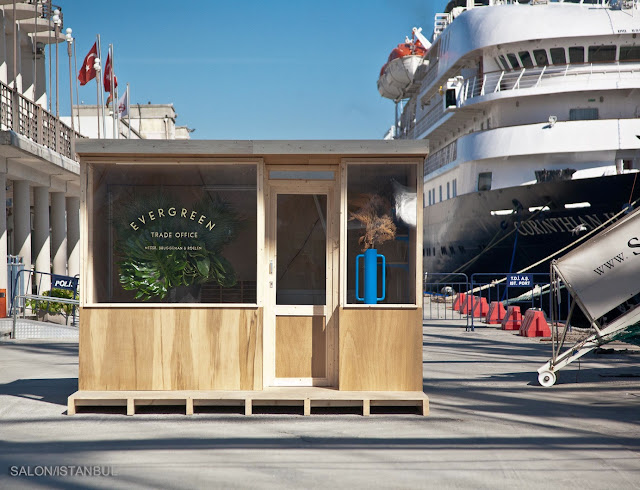 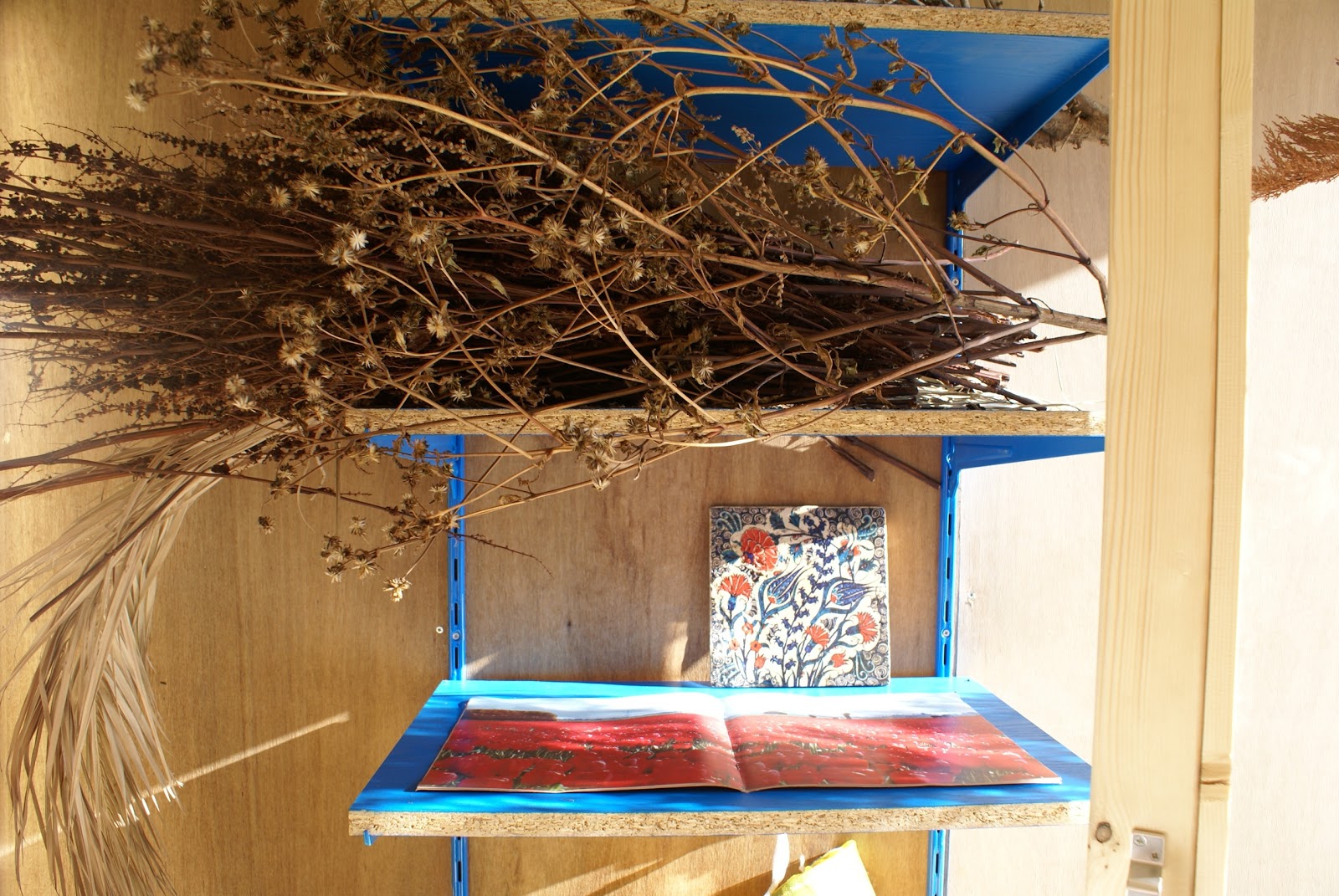 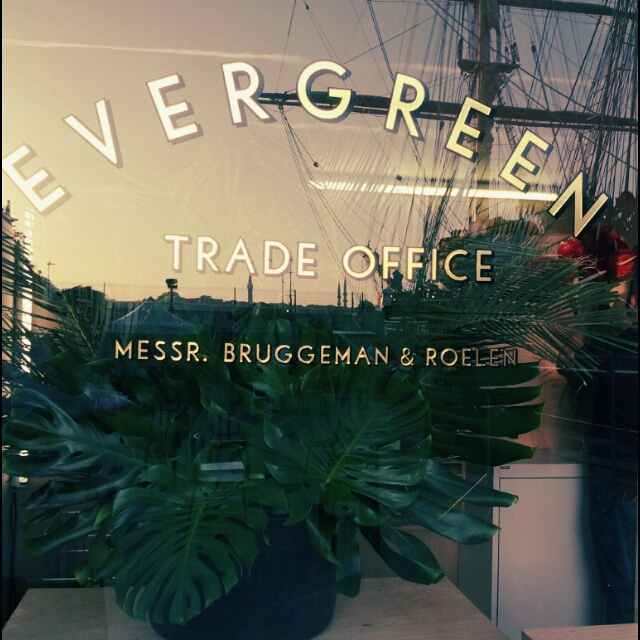 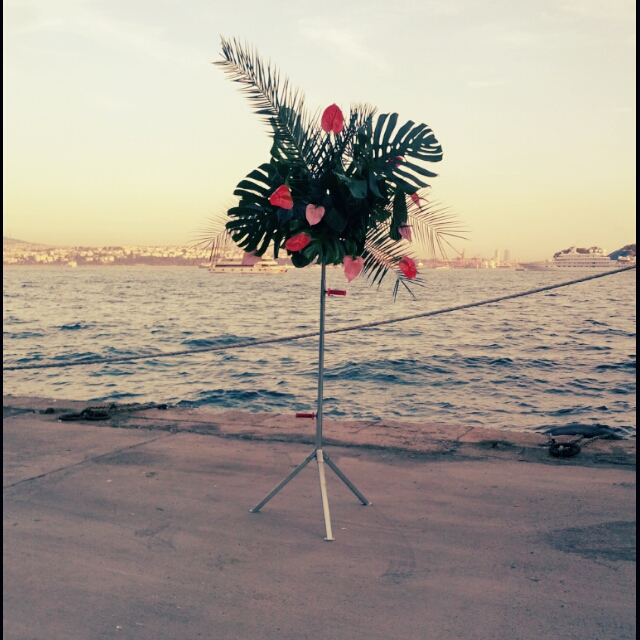 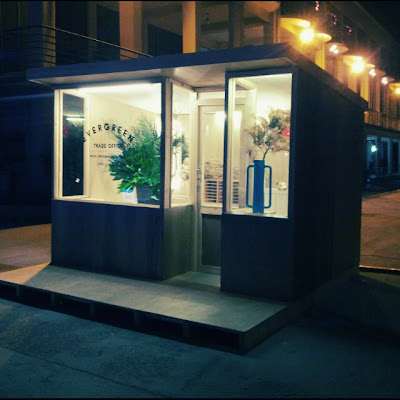