Sara Vrugt studied fashion design at the Koninklijke Academie van Beeldende Kunsten in The Hague and graduated in 2006. In her work she balances between fashion design and art. She uses textile as a medium and the human body as an instrument.

Look At You is a series of textile installations, collections and community projects. The subject matter is the fine line between the human instinct and conventions in our society. She likes to reflect and criticize her immediate environment and society. A returning aspect in her work. 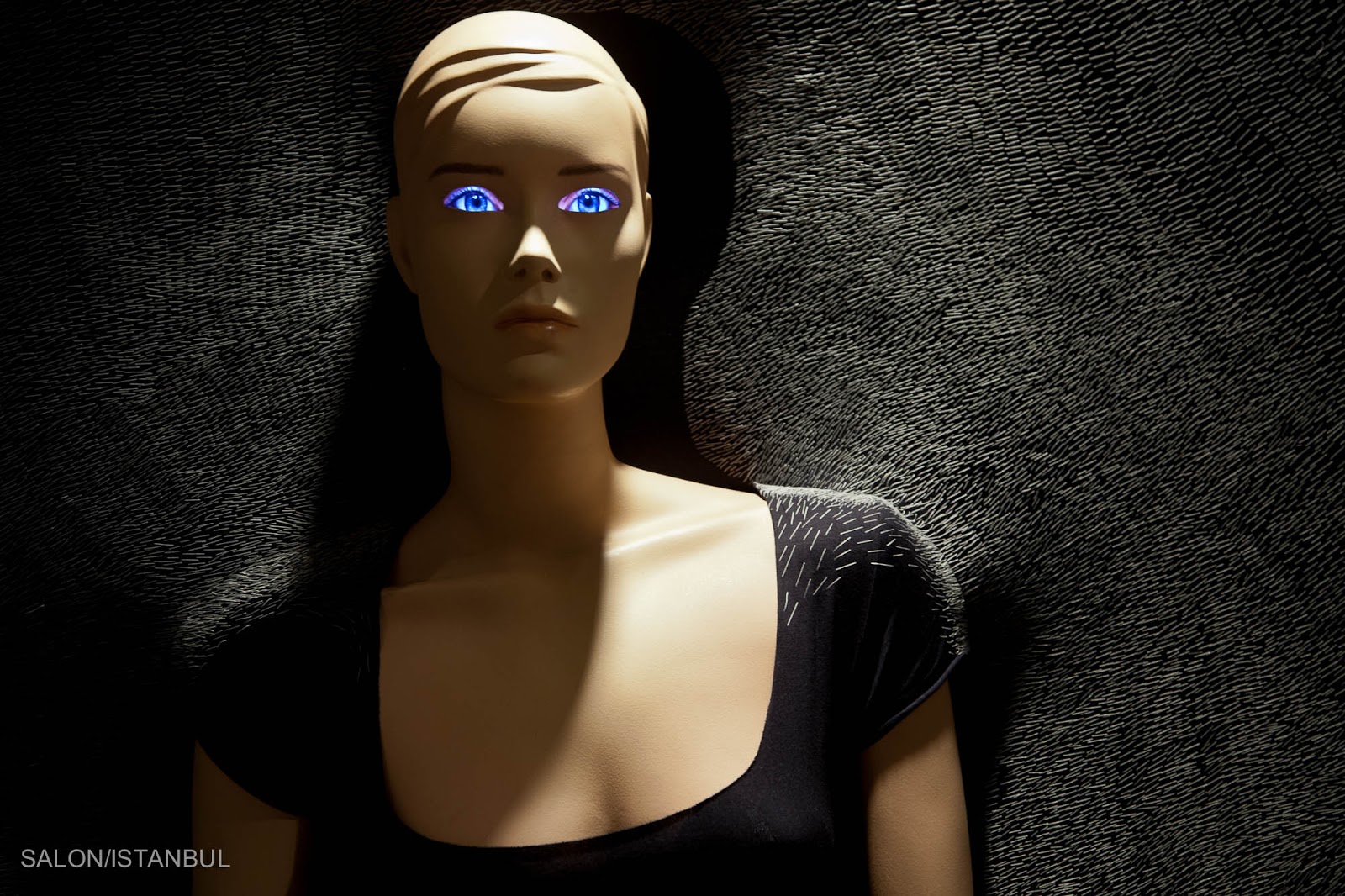 Sara, why did you start the Look At You series?
The way people look at each other and are being seen fascinates me. What are you showing of yourself with the way you dress, your presence, your behavior? Is it a pose?
In what way does this influence your opinion of another?

In Istanbul you showed two parts of the Look At You serie. Number 7 and number 10.
Yes I did. Look At You 10 I did as a performance in The Netherlands. It is an embroidered installation. I embroidered myself into an installation. Therefor I became an attached part of the work, the spectator was free to move. Looking and being looked at are the ingredients for the performance in this setting. It is about the confrontation the artist engages the spectator in, simply by looking at him, it can be felt as inviting, intriguing and intimidating at the same time.
Look At You 7 are five miniature embroidery pieces I made while traveling overland from The Netherlands to Iran. These miniature embroideries are like textile blog posts. These embroideries contain 'pictures' over encountered people presented as strangers, but I was the stranger as well. It is about the question of perspective.

Number 10 is the last of the series. Why did you use this piece to end the series?
In the original version, in which I was attached, different elements came together. Embroidery, being looked at, looking, being part of a space, performance and encountering others. It was all I had done before but It felt like I had to experience the whole series.
In Istanbul I used a doll to be attached into the embroidered installation.

What are you doing at the moment?
I'm working on a series of embroideries as well as preparing new projects in which I'll ask others to join.